The debate for when to use purse vs handbag debate is never-ending. The term purse was first used to describe a small bag meant for holding money, and this meaning still holds true in some places. However, the word handbag has made an appearance in society's vocabulary, and is now the primary term used to describe that bag women carry on their shoulder to hold their necessities.

Today, a purse is used to describe a bag with straps that can be worn over the shoulder. Purses are used to carry various personal items including money or wallets, makeup, phones, and keys. The term comes from Middle English purse, from Old English purs ("purse"), partly from pusa ("wallet, bag, scrip") and partly from burse ("pouch, bag"). 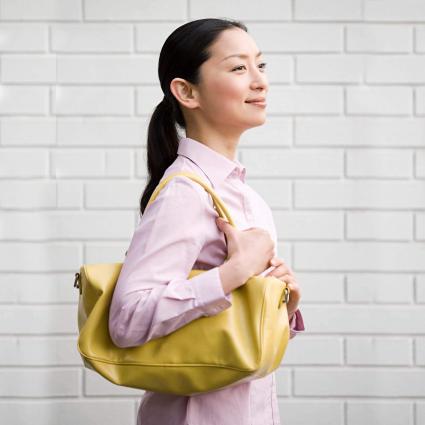 History of the Term Purse

The word purse was originally used to refer to a small bag for holding coins, and in Britain this is still true. In the United Kingdom, they call bigger bags that hold more than just money, handbags. In American English, the purse vs handbag dispute becomes much more tricky because many see the words as interchangeable, while others think the word purse is rather outdated.

Opinions also differ within the U.S. Generally, purse is used in the West, Southwest, and Midwest. The Northeast and Southeast regions of the United States tend to use the term pocketbook. And if you're not confused yet, some people choose which word to use based on the time of day. Some women call the bag they carry during the day a handbag, and the bag they don at night a purse.

At the end of the nineteenth century and the beginning of the twentieth, luggage creators like Louis Vuitton began to make bags similar to small suitcases. These were the first bags to be called handbags. These functional bags had sturdy handles, plenty of internal pockets and compartments for storage and organization, and a snap closure. When the word first became popular, handbag was most often used to refer to a man's hand-luggage. 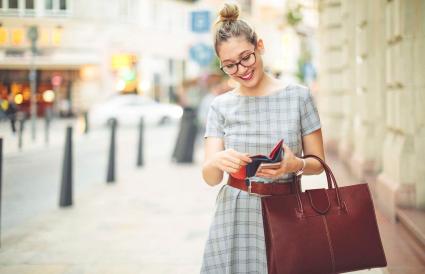 If you're looking to be more respected in the fashion community, you'll probably want to stay away from the term purse, and go with the more respected word: handbag. Although the two are essentially interchangeable, many have dubbed the p-word as old-fashioned. So, a good rule of thumb is that when you're aiming to come off as more fashion-forward, call it a handbag. The term handbag tends to refer to higher-end bags, so think of it as a more chic and sophisticated word. Most people would call the bag a celebrity is wearing a handbag, not a purse.

And as if the handbag vs purse debate wasn't complicated enough, society has thrown another word at us. Pocketbook. What makes something a pocketbook, but not a purse or a handbag? Although most dictionaries define a pocketbook as simply just a woman's handbag, there are a few ways you can differentiate between them. A pocketbook is usually used to refer to a medium sized bag - a bag bigger than a purse, and smaller than a handbag. It's mainly used in the United States, and is especially popular in the Northeast and Southeast. Other countries don't use this term. The term pocketbook is more common among older generations. 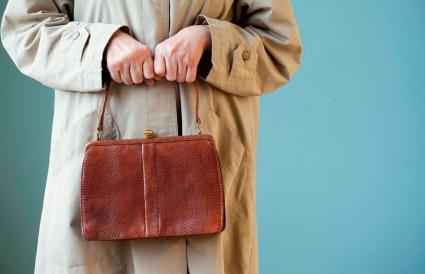 The definition of pocketbook has changed over time. During the origin of the word in the seventeenth century, pocketbook referred to a small book that could fit in a pocket. The term then evolved to mean a leather folder used to carry money, checks, bills, notes, and important documents. People started to refer to large shoulder bags as pocketbooks in the nineteenth century.

So Which Is It?

Essentially, the purse vs handbag debacle comes down to personal preference, but it's a good idea to keep a few basic rules in mind. Handbag is more accepted than purse in the high fashion community. If you're going to use the word purse, people will probably picture a small bag - and possibly think of you and your bag as outdated.

0
Comments
© 2006-2020 LoveToKnow, Corp., except where otherwise noted. All Rights Reserved.
Resources, Advice & Tips for Covid-19
Read More
Difference Between a Purse vs. a Handbag