Whether you're looking to buy a Coach bag or just want to find out more about one you already own, you'd probably like to know if the purse is authentic. A careful look at the workmanship can help you, but it's the bag's serial number that has a lot to say about the history of that particular purse, including whether it's fake or not.

The general rule of thumb when it comes to Coach bags, both new and vintage, and their serial numbers is simply that there are few hard and fast rules.

That said, most Coach bags have a number on them. If you look inside a purse, you'll usually see a "creed," a small rectangular sewn-on leather patch. At the bottom will usually appear the word "No.," (the abbreviation for "number,") plus an embossed and possibly also inked number.

A word of caution: Even though most purses have a serial number, the absence or presence of one isn't always a sign of the bag's authenticity, because at certain times in the company's history, bags didn't have serial numbers. Keep in mind that just because the bag has a serial number doesn't mean it can't be a fake; counterfeiters often use legitimate serial numbers on their bags, too.

There have been some changes over time in Coach purse serial numbers.

Coach began in 1941, and the company's earlier bags didn't have serial numbers. Those first appeared in Coach purses in the 1970s. At that time, the serial number was three digits long followed by a dash and four more numbers in the format xxx-xxxx. This was a true serial number, unique to that particular bag, and didn't contain the style number.

In the 1980s, the serial number was four numbers followed by a dash and three digits: xxxx-xxx. This number still didn't signify anything; it was just a unique number for that bag.

Then this all changed. Starting in 1994, the number on the creed isn't technically a serial number. The company and Coach aficionados refer to it as the style number.

In bags made since then, this number, which is still widely called a serial number, includes production codes. The number can tell you a lot, including:

In other words, the serial number was now made up of production codes, before the dash, and style number, afterward. This is the point at which letters started to be used, too, for example.

Here's what your post-1994 bag's serial number may contain: (An example, according to VintageCoachBags.com, is: F5D-9966): 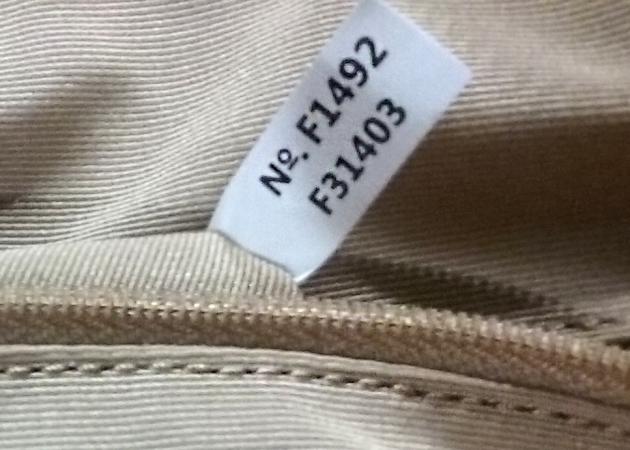 Today, occasionally a special edition Coach bag may have a serial number stamped on the creed. For the most part, though, bags have just a five-digit style number on the little white tag.

Adding Letters to the Serial Number

Sometimes Coach puts a letter at the beginning of the serial number to indicate where the bag was originally sold. The letter typically appears after the hyphen in the serial number. According to the Coach Reference Guide from Real Authentication, the letters include: 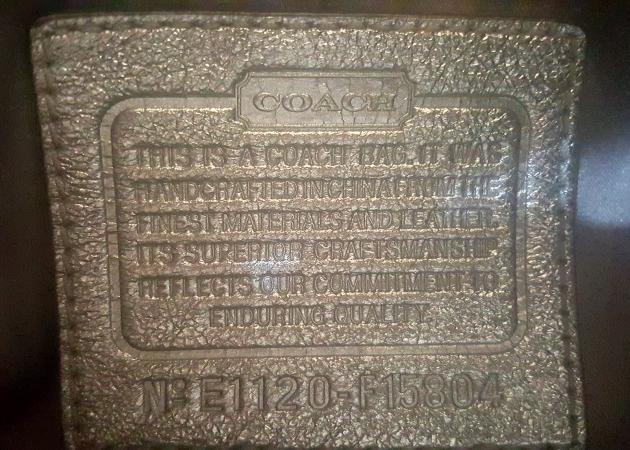 A "bullet" or target symbol stamped into the corner of the creed indicates the bag was a full-price boutique bag sold at an outlet at a discount.

Coach Purse Without a Serial Number

Most Coach bags have serial numbers, but not all.

These are just more reasons why the absence or presence of a serial number shouldn't be construed as evidence of whether the bag is real.

There's a huge market in fake designer handbags. Some are fairly high quality and look similar to their authentic counterparts, which makes it tough to identify the real thing. According to Forbes, in fact, it can even be difficult for the company distinguish the real thing, although they have both overt and covert ways to tell (such as hidden stitch counts).

While it's tough to identify a counterfeit Coach bag, the serial number contains certain clues. They include the following:

Authenticating Your Bag and Its Number 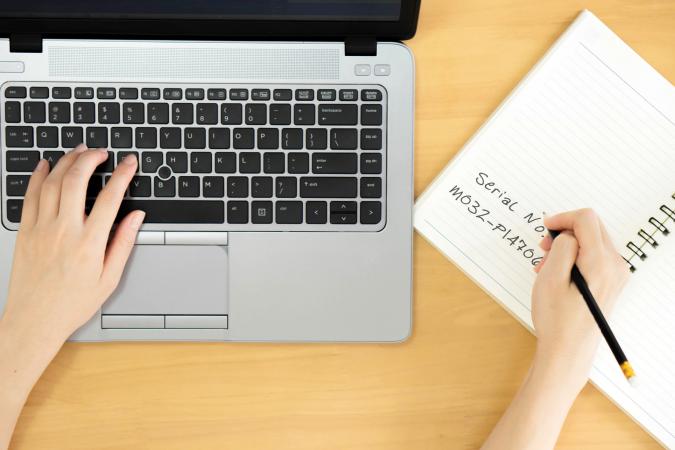 Coach does not offer authentication services, and according to their website, will not authenticate handbags or other merchandise, nor will they determine whether serial numbers match actual Coach items. They encourage customers to only buy from authorized Coach retailer to ensure they are purchasing an authentic bag.

There are some other ways you can try to authenticate your bag, however.

A quick, though imperfect, way to authenticate any bag that you think dates from 1994 or later is to enter the serial number into your browser's search bar, then click on "Images." This will bring up photos of bags. In some cases, you may quickly be able to see that your bag is completely different from the ones your search calls up. In that case, you likely have a fake on your hands. (Keep in mind that even if images of your bag do pop up, it doesn't necessarily mean your purse is real.)

If the serial number has numbers only, no letters, it's from before 1994; it's a number unique to that particular bag and an image search may not be much help.

Another way to find out what the serial number in your Coach bags has to tell you is to turn to online handbag communities. Coach enthusiasts are serious about serial numbers and may have near-encyclopedic knowledge of them. They're usually happy to tell you about your bag's serial number and, if asked, to help authenticate your new or vintage bag. You can find them and ask for their help by visiting:

In both of these cases, it's important to post questions and requests for help with tact and expressions of gratitude, since authenticators, while knowledgeable, are neither professional nor compensated.

In addition, there are businesses whose sole or primary purpose is to authenticate vintage handbags for a small fee, either solely with photographs or, as an option, in person. They include: 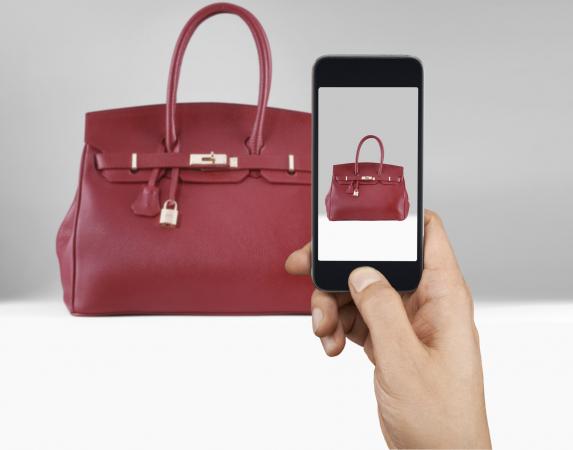 Both of these websites have services starting at roughly $10 or $20, with the option of adding additional services, such as expedited services, various certificates, and an opinion about estimated value.

With both the forums and the business websites, it's important to follow a few general rules if you want to authenticate your bag. For instance:

A Clue to a Handbag's History

It's easy to look right past the little patch of leather with numbers on the inside of your bag. But once you notice it, and do a little research, you may realize you have a window into how old your bag is and where it's from. In fact, it's a bit of history hanging right on your arm.