The backpack is an ingenious and common carryall that transports camping equipment, school books, yoga or office gear, even toddlers. The nylon, canvas or leather satchels are everywhere. But where did they come from?

A Brief Trek Through History

Backpack-like carrying satchels appeared and disappeared over time as human beasts of burden sought to lighten their loads. Improvements in design came and went like backaches - backpack genius took millennia to strike.

The Birth of the Modern BackPack

Hiker and rock climber Gerry Cunningham created a lighter, more practical backpack in 1938, with zippered compartments to provide easy access to an outdoor enthusiast. Things didn't really take off with Gerry's backpacks until after World War II, however. In 1945-46, Gerry and his wife started making "Gerrys," well-designed rucksacks and climbing packs for skiers and mountaineers.

They ran a thriving mail order business and opened their first bricks-and-mortar store in Boulder in 1958, continually improving on Gerry's model, focused mainly on outdoor sports. By 1967, when the company pioneered a sturdy, featherweight, tear-drop shaped pack in nylon, Cunningham had revolutionized the modern backpack. If you're looking to hand backpack credit to a single inventor, Gerry Cunningham is the closest you'll come.

Kids had been lashing their schoolbooks together with leather straps for years until Nena and Dick Kelty grabbed some old rip-stop parachute fabric, buckles and other surplus materials left over after WWII and whipped up a few backpacks. They padded the straps, added a hip belt for better weight distribution, and made indestructible but light carryalls. Dick tried slipping the frame ends into his jeans back pockets to redistribute the weight, discovered the trick was really comfortable, and adapted his homemade models.

The new design worked so well that an American Everest expedition used Kelty packs on a successful climb in 1963. The Kelty's were ahead of their time in soliciting customer feedback to drive their design process, which is how they came up with framed backpack child carriers that let you schlep your toddler and your stuff around together. Kelty still makes serious sport and expedition backpacks - tough enough for the classroom when you're fresh out of mountains to climb. 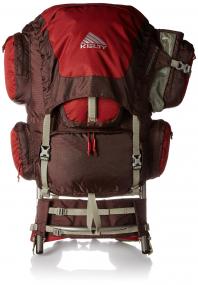 The student who labors under a load of books almost always hauls around an overstuffed backpack. Today, that pack very likely wears a JanSport label. Skip Yowell, Murray Pletz, and Jan Lewis started JanSport in 1969 to make and sell sports day packs, which appealed to college students who need a way to haul around books.

Jumping on that bandwagon, Gary Kirk and Marcia Briggs turned out a squarer-shaped pack specifically to hold books, and partnered with L.L. Bean in 1982 to sell thousands of the backpack book bags - which are still big sellers. 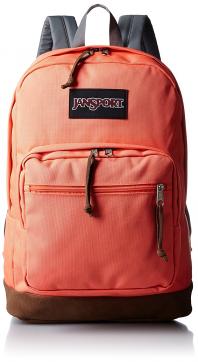 Backpacks are everywhere now. Cubicle workers can't leave home without them. Kids buy backpacks right along with textbooks in the fall. Young and old titans of finance, law, and industry have replaced the briefcase with the backpack - and switch out the contents on weekends to use the packs as luggage. Backpacks come in all shapes, sizes, materials and designs. Some are wheeled and some have windows for tablets, padded compartments for laptops, handy pockets for smartphones.

Thank those weary travelers and foot soldiers for the centuries of inspiration. Don't forget to give a small shout-out to Gerry Cunningham for the nylon and the zippers that make your backpack a thing of beauty and utility today.