To appreciate the beauty of a Coach handbag, you need to know the full history of the company. This brand has been around for decades and continues to grow in popularity due to their superior craftsmanship and classic style.

Look around, and you'll likely see women wherever you go carrying Coach handbags or accessories. Though you may own a Coach bag or at least recognize the brand, you may not know the story behind the it. Coach has a rich history and tradition in the world of handbags begging to be explored.

Coach has a rich history that dates back to 1941. They were founded under the name Manhattan Leather Bags by Lillian and Miles Cahn. The company founder became impressed by the design of a baseball glove and it inspired him to create a handbag with similar attributes. Working with six artists, he created a collection consisting of 12 handbags. Like a baseball glove, these bags were made from tan, supple, high quality leather and featured excellent stitch work and craftsmanship.

The Age of Bonnie Cashin

In 1962, the Coach company hired Bonnie Cashin. Cashin breathed new life into the company. She was considered a pioneer in American sportswear due to her use of industrial hardware and organic materials such as leather, wool, and jersey. Cashin is credited with both the brass toggle hardware on Coach bags and the Coach duffle bag.

The Cashin motto was to "make things as lightweight as possible, as simple as possible, as punchy as possible, as inexpensive as possible." This meant that her debut collection came in classic, simplistic designs, but the colors were exuberant. Handbags were frequently produced in bright, color-popping hues, such as brick red, pastel pink, mustard yellow, and grass green. The interiors were made up of striped madras cotton, which soon became her trademark.

In 1979, Lew Frankfort, who today serves as Coach's CEO, joined the company. Frankfort transformed Coach from a little-known leather goods manufacturer to a world-renowned brand. He is often credited with the emergence of Coach in the 1990s as the affordable luxury brand. This concept of affordable luxury was a big deal in the industry.

Up until this point, a woman's only handbag choices were high-end designer bags or department store knock offs. The new Coach bags filled a void in the market. Shortly after Frankfort joined the company, Coach published its first catalog and launched its first flagship store at 754 Madison Avenue in New York. The catalog and the flagship store were necessary steps in turning Coach into a fashion brand, not just a leather manufacturer. Suddenly, Coach was a far cry from the company that made bags like baseball gloves.

In 1985, Coach became part of Sara Lee, giving the little company some much-needed capital and infrastructure support. However, in 2000, the company spun off from its parent in a public offering on Wall Street.

Expansion of the Line

Starting in the late 1980s, Coach began a series of expansions and innovations that have made its brand strong, fresh, and relevant. In 1988, the company launched a collection of men's and women's watches. The company also expanded to Tokyo. Today, Japanese sales account for a healthy percentage of the company's revenues. Just a few years later in 1992, the company entered the outerwear business with classic trenches and raincoats.

Then in 1993, the company hired Reed Krakoff, a sportswear designer who had worked at Tommy Hilfiger. Like Cashin before him, Krakoff brought a unique vision to the collection. He is credited with changing the image of Coach from a sturdy, basic collection of tan, burgundy, black, and navy briefcases, to a more hip, stylish collection with new colors and styles every season. Krakoff added interesting new accessories including watch straps, wallets, wristlets, and cell phone cases.

As of 2017, Coach has over 900 stores worldwide that are directly operated by themselves, as well as additional boutiques within select department stores and outlets. The company is considered a global leader in luxury handbags and accessories.

Furthermore, their online store distributes to over 20 countries around the globe which means that Coach handbags are accessible on five different continents.

Some of Coach's most iconic vintage designs are still known and loved. See what some of the most popular styles of all time include.

Perhaps the most iconic Coach design of all time, the Duffle was produced in 1971 and then appeared in American Vogue the very same year. Its soft, slouchy silhouette was a hit with fashion editors and consumers alike - and still is, decades later. 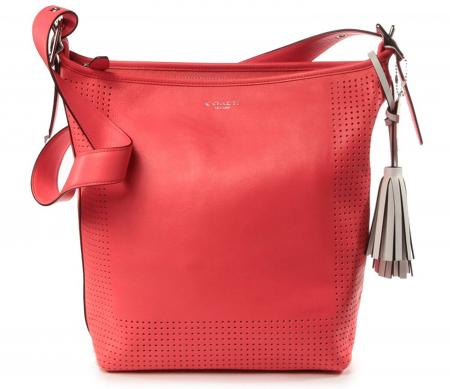 This design became the official United Airlines Stewardess bag in the 1980s, after its initial conception in 1972. Adored by many for its many flaps and compartments, the Saddle Bag has been an inspiration to countless handbag brands over the years, including Coach themselves. Their 2016 Saddle Bag was a best seller. 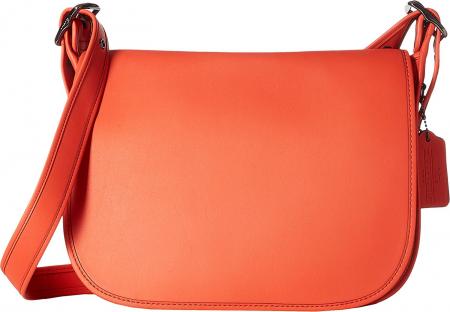 This little bundle of joy was the brainchild of Bonnie Cashin. She designed the original turnlock in 1964 before it made it onto a Coach handbag in 1973. The Dinky is described as "the little bag that could" and is loved universally worldwide.

This handbag originated in 1974 and is known for its distinctive structured handles, as well as curved side binding. The Slim Satchel was one of the first styles designed for use by both genders, ahead of the brand's iconic briefcases. 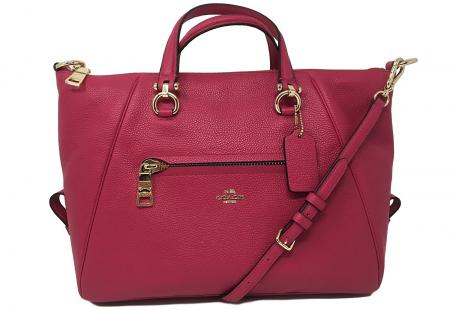 The full history of the Coach handbag gives fashion lovers an appreciation for more than the company's quality and craftsmanship. It illustrates how this company has survived in the fickle fashion world through innovation, marketing and design.