Most women can appreciate a good, quality purse. Even Hillary Clinton admits she "loves a good handbag," in an interview with Harper's Bazaar. Check out the most popular handbag designers, known for their high quality, iconic designs, and attention to detail -- and see just what has made them not only stand out, but stand the test of time as well. 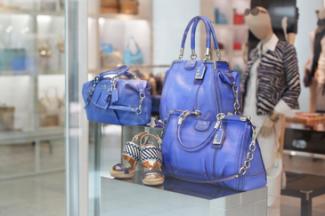 Coach prides itself on providing customers with affordable luxury. This American brand has long dominated the handbag market with its timeless designs, high-quality leather, remarkable stitch work, and exceptional craftsmanship. After 70 plus years, Coach continues to wow customers with its classic offerings like Signature and Legacy while remaining relevant with newer additions like the Willis Top Handle and Charlie Bucket Bag 21 collections.

Coach Bags are often available on Zappos with steep discounts. Some of the bags feature up to 67% off! Normally $350 handbags sell for around $130. Check back regularly for sale prices.

Coach handbags range from about $300 to $1500 at full retail and are sold in Coach stores, at Coach.com, and in major department stores. 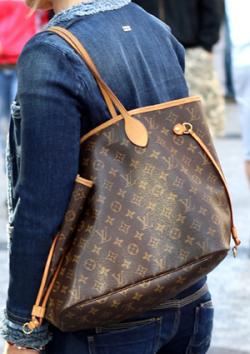 Louis Vuitton (LV) is a 160-year-old French company that started off creating canvas travel cases and luggage pieces. One of the brand's most iconic designs is the Speedy, designed for Audrey Hepburn in 1965, which subsequently became one of the brand's signature styles. Marc Jacobs took the reigns as creative director in 1997, the brand soon exploded onto the luxury handbag scene in a new way. Many credit Marc Jacobs with transforming the brand from a luggage icon to a world class, luxury handbag brand. LV currently ranks as the #2 selling brand on the Poshmark list.

Some of the core styles include the Neverfull and the Alma bag, but the brand has become known for creating fresh new looks every season thanks to its young design staff. While the classic brown canvas with the LV monogram is the hands down favorite, you can also find leather and Vernis leather (a patent calf skin leather) in prints and solid colors.

The brand is a favorite amongst celebrities like Angelina Jolie and Beyonce, executives, and housewives alike. The Louis Vuitton brand is so beloved that demand usually exceeds supply, and the knock-offs run rampant.

LV handbags range from around $1,700 to $5,200 or more depending on the style, and they can be purchased in LV boutiques and online at the Louis Vuitton website. 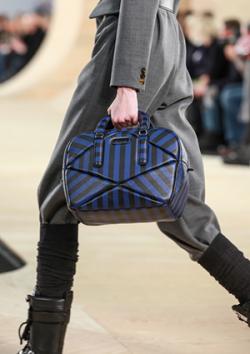 Accomplished ready-to-wear and menswear designer Marc Jacobs launched his own handbag line in 2000 and continues to oversee both Louis Vuitton and his own brand. By 2003, Marc Jacobs had elevated Louis Vuitton to arguably the most coveted brand in the world. He was named Designer of the Year at the Accessories Council Excellence Awards in 2007.

Despite the fact that Marc oversees his own line and Louis Vuitton, the brands are inherently different. Marc Jacobs handbags are elegant yet casual, and upscale. The Marc by Marc Jacobs brand targets a 16 to 40-year-old woman with a New York sense of style and a desire for high quality, as described in the market brand analysis prepared by Charlotte O'Halloran, a Marc Jacobs employee. The Recruit and Nomad bags are some of the Marc Jacobs favorites.

Marc Jacobs handbags are priced from $600 to $10,000 and can be purchased at fine department stores, at one of the 14 Marc Jacobs free-standing stores, or at MarcJacobs.com 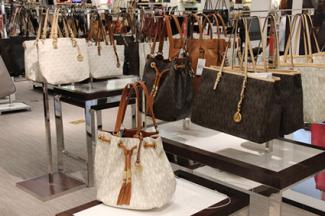 Michael David Kors made his fashion debut in 1981 when he launched his first-ever women's apparel line. From his stint as a judge on Bravo's Project Runway to outfitting First Lady Michelle Obama, Michael Kors has solidified himself as a truly gifted American designer time and time again. Michael Kors' handbag collections burst onto the scene in 2001. Today, they can be found all over the world.

According to an interview given to the Wall Street Journal, the iconic designer describes his design approach as "pragmatic indulgence." The Michael Kors lifestyle is about timeless quality. The handbags are marked by clean lines and are both chic and luxurious, much like his sportswear. Some of the most popular styles include the Jet Set and Hamilton totes. The Michael Kors collection of handbags are priced from about $300 to $3000.

You can purchase Michael Kors handbags at MichaelKors.com and at major department stores across the country. 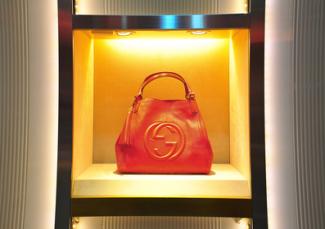 Gucci is an Italian brand with a 90-year history of high fashion, quality, and opulence. Similar to its competitor, Louis Vuitton, Gucci started as a family-owned luggage company. The brand worn by Queen Elizabeth, Elizabeth Taylor, and Jacqueline Kennedy Onassis quickly became a symbol of wealth.

The brand has experienced a resurgence numerous times over the years, but it has never lost its brand recognition, thanks in no small part to its interlocking GG signature logo. Popular Gucci handbag styles include Swing leather tote and Soho shoulder bag.

In recent years, there has been an American influence on the brand when Dawn Mellow (former president of Bergdorf Goodman) became creative director and later when designer Tom Ford joined the team.

Gucci handbags can be purchased from around $800 to $4,000 They can be found at fine department stores, Gucci boutiques, and at Gucci.com. 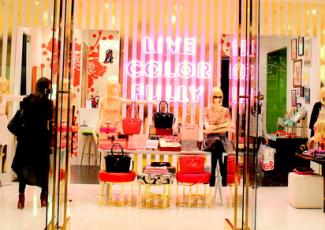 Kate Spade arrived on the fashion scene in 1993, but she honed her eye for fashion as an accessories editor for Mademoiselle. Her fashion empire started with a little black nylon bag. The brand can be described as sleek, sophisticated and smart.

A Favorite Among Women of All Ages

Kate Spade handbags are a top seller on Zappos.com, and the company is poised to grow its business from $1 billion of $4 billion in sales in 2014, according to Bloomberg. The company is targeting both millennials and luxury shoppers with its graceful, practical shapes and vivid color palettes. Favorite bags in her collection according to Best Reviews and Chicago Tribune are the Cameron Street Candace Satchel (Best of the Best) and Peggy Patterson Drive (Best Bang for the Buck); the Peggy Patterson Drive is also an Amazon's Choice.

Nicola Glass took over the leadership of Kate Spade New York in 2018, having been senior vice president of accessories design at Michale Kors.

Kate Spade bags sell for under $100 to about $1000, and can be purchased in Kate Spade shops, fine department stores, and at KateSpade.com. 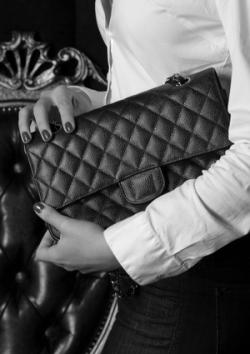 The Chanel 2.55 was birthed out of necessity. In the early 1920's, Gabrielle Coco Chanel desired a more practical handbag that would be easy to carry. She borrowed the idea to add a strap to her carryall from packs carried by soldiers. In fact, she was often inspired by the practicality of menswear. The quilted Chanel bag with its chain strap was brilliantly versatile. The bag could be dressed up or down to complete any outfit, making it every women's dream.

In 1957, Neiman Marcus presented Chanel with the Award for Distinguished Service in the Field of Fashion, lauding her as the most influential designer of the century. Some have called Coco Chanel the Mother of Modern Day Couture. Today, Virginie Viard is the head designer for the House of Chanel. 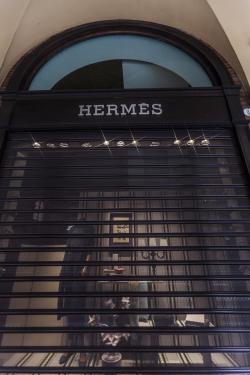 Luxury fashion house Hermes has been a symbol of panache since its inception in 1837. Upon its establishment, Hermes was primarily a design brand known for wrought harnesses and bridles, and the Haut à Courroies bag, which was created for riders to carry their saddles along with them. However, in 1922, the first Hermes handbag was born as a smaller replica of the Haut à Courroies bag. Later in 1935, the Kelly bag was designed and since then, the brand had been leaving distinguished fashionistas in awe with every handbag designed thereafter.

Who knew that when British actress Jane Birkin inspired the iconic Birkin bag in 1981 that the bag would have the longest accessory wait list in history? The bag has been one of the most coveted items for more than 20 years according to BigCommerce.com. The Birkin bag is considered as ranked as the number one hottest celebrity handbag, and seen as a coveted gem in the celebrity world by Ranker.com.

One of the top purse brands today, Hermes 2020 top bags featured on Brag My Bag includes the streamlined yet feminine duffle bag. Past favorites include, the Hermes Garden Party, the Constance Elan, and the Shoulder Birkin JPG II. Women looking to invest in a Hermes bag that suits their personal tastes can purchase a luxe crush on Hermes.com.

Since being founded in 1925, Fendi has been all about providing luxurious style made of the finest materials. Later in 1965, the daughters of the founders along with Karl Lagerfeld pumped up the image of the brand as one that was influential and fashion-forward. As stated in the Irish Times obituary tribute to Karl Lagerfeld, Fendi is a story of women and Karl Lagerfeld. It is a brand made by women for women. This was, and still it is, the success of Fendi. 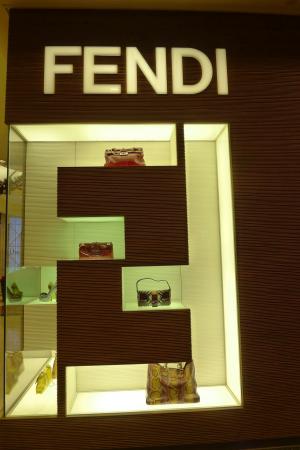 When it comes to handbags, the name Fendi is synonymous with the legendary Baguette bag and the timeless Peekaboo bags, which have both helped to shape the brand's influence. Celebrities such as Gwyneth Paltrow and Amanda Seyfried are just a few who have solidified the 'it bag' status of the Peekaboo bag.

Other Fendi handbag offerings include the coveted Dotcom Bag, which is smaller and now comes in a shoulder bag version, as spotted by SpottedFashion.com. Handbag embellishments have also been updated since being launched a few years ago. Flower charms, and straps with floral appliqués have been added as a dainty touch to collections. The Fendi handbags are sold in luxury department stores as well as, Fendi.com. 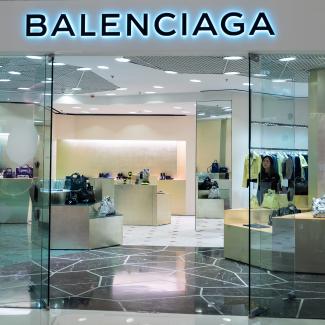 Balenciaga has been buzzing in the world of Fashion since 1951. First Lady Jacqueline Kennedy was among the early group of fashionable women who were fans of the founder Cristóbal Balenciaga Eizaguirre's innovative designs. It wasn't until the year 2000, however, that the first handbag called The City was designed.

From the Street to the Runway

When the City bag was designed, the creation was not intended for consumers and was only meant for the runway. However, when the influential models saw the bag, they were instantly hooked. The Balenciaga City bag also known as the Motorcycle bag.

Since the creation of the Motorcycle bag, Balenciaga has incorporated other bags in the mix, such as the Papier, Bianca Perle Bowling bag and the Day Hobo bag. Bag designs such as the Balenciaga Giant 12 Mini City AJ are available at Neiman Marcus, Saks Off Fifth and Balenciaga.com.

While the aforementioned handbags will no doubt continue to be some of the most sought, there will definitely be new designers that forge their way into your closet. New designers continue to enter the market, and e-commerce channels are growing in popularity and causing women to continue to empty their coin purses to snag the hottest new designers. There are a number of up-and-coming designers to watch for, including Danish brand Ganni, Jennifer Lyu's debute handbag line Delaroq, and Cafuné.

The innovations, ideas, and styles of the above-mentioned handbag designers have made a lasting impact in the world of fashion. The appeal of their quality designs and inspiring creations have stood the test of time and left an incredible legacy that makes them sought after time and time again.